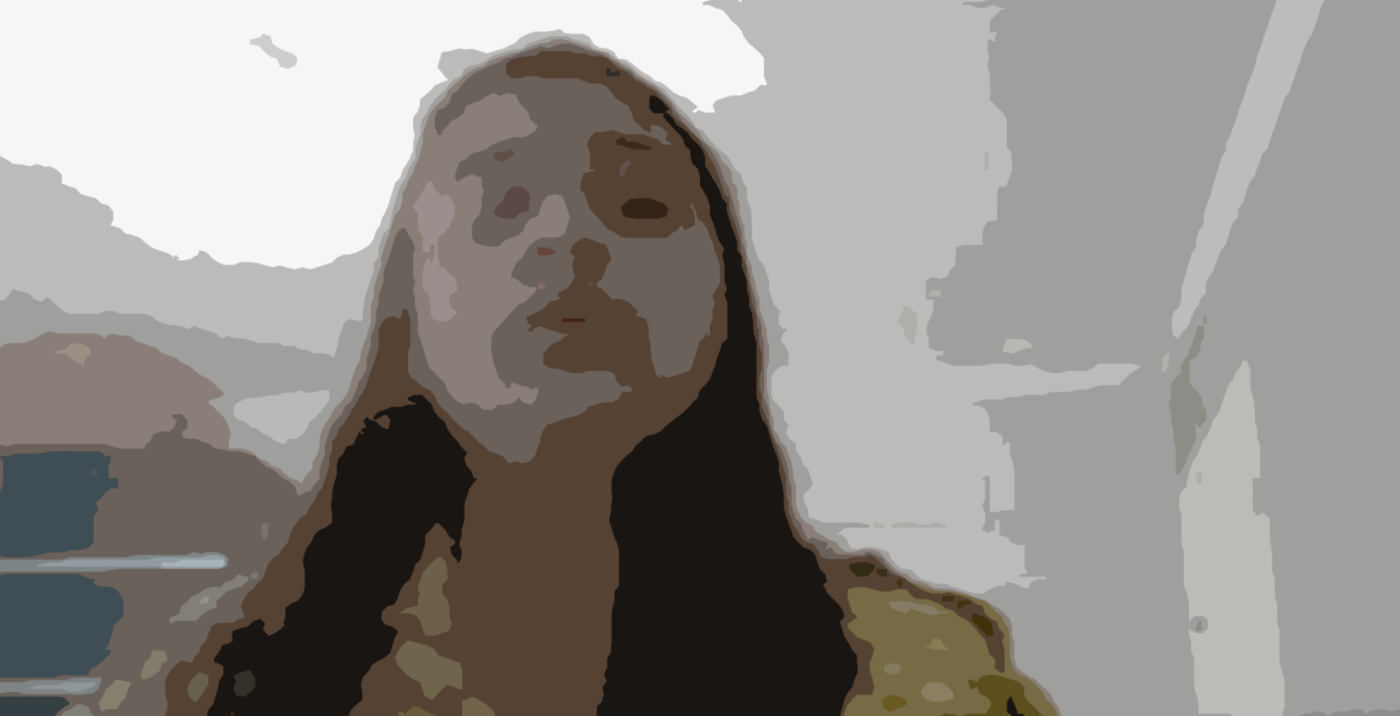 I could see everybody’s ceiling above their faces, that peculiar relation we have in our webcam conversations–we are looking down at our screens and our conversationalists see us hovering above them. It made me think of the video installation “Just Above My Head” by Steve McQueen, which I saw in the late 1990s when I first started teaching. In that video the camera faces up as McQueen walks, so we see his head bobbing in and out of the frame against an open sky, which in the flatness of the black and white film reads like some impenetrable solid surface (the title is a socio-political reference to a James Baldwin novel).

I also thought of the big deal that Orson Welles’ ceilings were when he made Citizen Kane in 1941. In that movie, those from-below shots were used to represent the hubris of its main character. Nothing like that had been seen before; cameras were bulky things back then, and to get the shot Welles had to position the camera below the level of the floor boards. Now we can film from funny places just to see, placing our phones on (slowly rotating) ceiling fans, inside refrigerators, or a bird’s nest. Where a camera plus a camera operator had to fit before, now it only has to be big enough for something that we carry in our pockets.

My film & architecture course students have already inquired about how they are going to finish their work without being able to get the footage they planned. We are stuck with whatever we shot already, whatever domestic scene we are hunkering down in, and what we can see out of our windows, both the actual ones, and the doubly plugged-in ones that are, for now, the interface of most of our social interactions. It wouldn’t be the first time that great work emerges out of stringent circumstances.